Today I will like to share with you 5 reasons why my children won’t be returning to public school. One of the many perks of being a stay at home mom is the opportunity to be able to homeschool our children. I know many that may feel as though they were “forced” into a homeschool setting due to the pandemic, but I certainly don’t think of it that way. Although I’m not a stranger to homeschool (since I did it previously), I really think this has been a learning experience for us all. Personally after much reflection as well as revelations that were uncovered during the homeschool process, I decided that keeping my children in a homeschool setting was the best choice to make.

Besides the obvious safety concern (covid-19), there are many other safety concerns that I have regarding the public school system. School shootings is something that should never happen. Our government has yet to put effective safety protocols in place to protect our children because if they had it wouldn’t keep happening. As I am writing this entry the most recent school shooting was just 4 days ago. I have often found myself haunted with the thoughts of getting that horrible phone call to identify my child’s body. This is just something I can’t stomach and honestly its why I put them in homeschool previously. Secondly, the issue of bullying. Bullying is at an all time high and schools do little to stop it. I shared my experiences in my Instagram stories 2 years ago which involved one of my middle schoolers. A lot happened back then and that would be a whole article in itself, but to just sum it up: I could not trust the school to keep my child safe so I brought him home.

I found myself having to reteach math skills to my 4th grader that he should’ve learned in 3rd grade. These skills were crucial for him to be successful in 4th grade. Had he been in traditional school he would’ve struggled in math and would have been left behind. When children struggle in school it can make them feel like it’s something wrong with them or even worse, they may be classified as a child with a learning disability by the school. I discovered that many parents have experienced similar issues now that their child is home with them. Once your child gets that one on one attention to work through the subjects they may have been struggling with, things become so much easier for them. All it takes is some patience and persistence to get them back on track.

My children are children of color. Brown skin children which the United States classifies as “African American”. We are part of a group of people that are the most racially discriminated group of people in the world. This issue doesn’t stop in schools either and its much worse if your child attends a school that is predominately white or even mixed race. I found my children dealing with racial biases more often than I’d like, even when attending remote learning. The fact that an innocent fourth grader could tell that his teacher was being bias against him on many an occasion spoke volumes to me.

The way the school system disciplines children is something I don’t fully agree with. Taking recess away for every little thing and disciplining children that aren’t even misbehaving. For example: A few students are being disruptive while the rest are being quiet. The teacher decides to take recess away from the entire class. How is that fair? Another example is giving detention for being late to school especially when many times it was out of the child’s control.

I love the fact that I have the freedom to teach my children using the curriculum of my choosing. I can teach them using methods that specifically work for them and if I find something doesn’t work I can use a different method. Sometimes we can skip a day, or start our school day at a different time that the traditional 8am-2:30pm. We go on nature hikes, we work through holiday and seasonal breaks and best of all, we don’t have to learn based off of state testing mandates, but at our own pace. There is so much freedom in homeschooling and I enjoy every bit of it.

Well that sums up my top 5 reasons for why my children will not be returning to public school. My children are so much happier now that they are home and they have blossomed academically. They’ve even expressed to me that they don’t want to go back to public school because they love being homeschooled. If you are homeschooling your children and are hesitating on returning back to public school hopefully this post will give you the encouragement to keep them home. Remember you are their first and most important teacher.  Have you decided to keep your child(ren) in homeschool? If so let me know your reasons in the comments below.

How to get started with homeschooling

How to get picky eaters to transition to a vegan diet

How to get started with homeschooling

How to improve tooth brushing habits for kids

Hello Beautiful! My name is Samara and welcome to my lovely web-space where I share my passion for homemaking and living a feminine lifestyle. ♥ 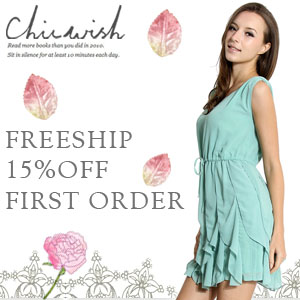 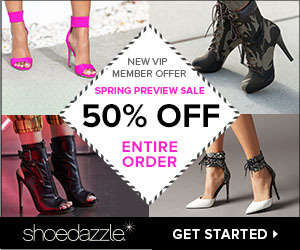 Pin beautifully with me

Hi lovelies! It is my goal to be completely transparent with you here on my blog. With that being said, I want you to know that certain links on my blog are affiliate links. When you click on these links and make a purchase I will earn a small commission which helps me keep my blog running. Please note that I stand 100% behind the items that I recommend on this site and I want you to feel confident that you will get your value in return. I will never endorse anything that I don’t love and wouldn’t use myself. – Samara♥

This website uses cookies to improve your experience while you navigate through the website. Out of these cookies, the cookies that are categorized as necessary are stored on your browser as they are essential for the working of basic functionalities of the website. We also use third-party cookies that help us analyze and understand how you use this website. These cookies will be stored in your browser only with your consent. You also have the option to opt-out of these cookies. But opting out of some of these cookies may have an effect on your browsing experience.
Necessary Always Enabled
Necessary cookies are absolutely essential for the website to function properly. This category only includes cookies that ensures basic functionalities and security features of the website. These cookies do not store any personal information.
Non-necessary
Any cookies that may not be particularly necessary for the website to function and is used specifically to collect user personal data via analytics, ads, other embedded contents are termed as non-necessary cookies. It is mandatory to procure user consent prior to running these cookies on your website.
SAVE & ACCEPT